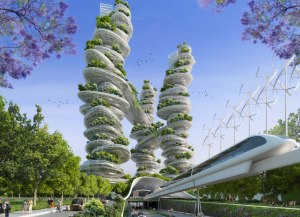 Napoleon Hill said the imagination is the most inconceivably powerful force the world has ever known. While I believe Hill’s statement I can honestly say I’ve not paid it much mind, given it any deep consideration, until lately. Now, after turning it over a few dozen times in my mind and reviewing it from a few angles, I really wish I’d paid attention to it long ago.

Imagining is something I’ve always been good at. Most of my childhood was spent picturing a life other than the one I had. I dreamt of galloping my trusty steed across the plains, flying solo to exotic islands, being noticed by a Beatle. I saw myself all Joplin-like rocking out for countless adoring fans. In the movie in my head I was the leading lady; my hubris legendary. And I bet I’m not alone. I’ll hazard a wild guess that a lot of you grew up similarly. But is that what Hill was referring to? Actually, yes!

Long before Einstein became – uh – relative – ahem – he was curious about heavenly lights, distance, and movement. Da Vinci’s genius simply ‘knew’ his flying machines made sense. Do you remember the train tracks across the Alps story? Imaginings made manifest. Magnificent. Really, we’ve endless possibilities and they start with a dream.

So here’s the rub. Every time we engage our imaginations it must be for good. Think about it. That tool is bloody powerful, right? Inconceivably so, remember. If I imagine the cold I’m definitely going to get because there was a sneezy-coughing woman sitting behind me on the plane, guess what? Yep, it’s that simple and that easy. Sure, you might get the occasional cold because we are human after all, but over time, because you’re retraining your brain to see only good stuff, that’s what you’ll realize. And even when something kind of lousy, or downright awful happens, you’ll know the difference between ‘life’ and ‘crap’, seeking out the opportunity in the moment.

Just stay in your head in a place you want to be, doing what you want to do. Don’t go to worry-land or fear-village. Don’t do it! Don’t go to what-if park. Don’t even think about it. Nu-uh. Stay in Disneyland with Walt and all his dreams. Yep, he dreamt it all and what a legacy, eh?

Oh, and of course, you can’t really, actually, literally, stay in your head and manifest. But guess what, you’ll not want to! You’ll be too busy riding horses, flying planes, and talking to Mickey Mouse!

Today I wish for you the gift of surprise. What an awesome gift when, out of the blue, something you did not expect, had not asked for, appears. I received a surprise gift today and it brought me to tears, meant so very much to me, filling me to the brim with joy and gratitude. Thank you darling.

But poetry, beauty, romance, love, these are what we stay alive for

Aging is an extraordinary process, where you become free to be the person you always should have been - David Bowie.

The Art Or Endeavour Of Being Lucid In A World We Live In... Secrets Of The Psychics... Energy, Universe, Futurism, Film, Empowerment...Digital Abstract Art Rendering...

Blurring the lines between poetry and prose

The Art of Blogging

Want to learn the simple way?

Always learn from the curiosity within and around myself.